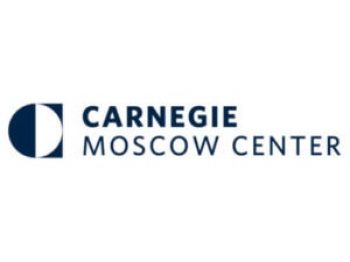 How the Duma Elections Could Decide United Russia’s Fate

The upcoming Duma elections could turn out to be United Russia’s farewell tour in its current lineup.

A glimpse inside the black hole of Russia’s corridors of power reveals that the fault line within the regime is getting deeper, and the current campaign for the upcoming State Duma elections on September 17–19 is one of the factors determining that line.

The changes of 2020–2021 have proven so sweeping and profound that the Russian regime is undergoing a renaissance. Everything is now either pro-regime or anti-regime—i.e., criminal.

Few would contest that the Russian regime has taken on a new character. The resetting of the clock on presidential terms, the attempt on the life of opposition leader Alexei Navalny, and the avalanche of new bans and repressive measures all show that the mechanisms of the political system in Russia have dramatically changed. 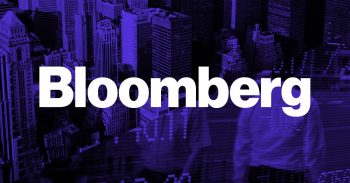 Putin Crushes Last of Opposition Ahead of Parliament Elections

But the Kremlin is taking no chances, determined to ensure that the party wins another commanding majority in the State Duma, as the lower house of parliament is known. Putin has pitched in with promises of as much as 700 billion rubles ($9.6 billion) in pension and other spending this month.

“As long as the regime has enough financial resources, if it doesn’t make major mistakes that really stir up the population, it can survive,” said Tatiana Stanovaya, founder of R.Politik, a political consultancy. The Sept. 17-19 vote is its latest test.

In Welcoming The Taliban, Kremlin Opens Door To A Host Of Criticisms, Diplomatic Uncertainties

That Moscow could even find itself in such a situation, political analyst Tatiana Stanovaya wrote on Telegram, revealed that there is no unified voice when it comes to decision-making in Russia, with those responsible for passing the country’s draconian law on extremists this spring not taking into account “foreign policy and geopolitical consequences.”

If Russia could reach out to the Taliban, commenters on social media mockingly asked, surely Moscow was now prepared to begin negotiations with others subject to “extremist” designations as a result of the law, such as jailed activist and politician Aleksei Navalny and members of his Anti-Corruption Foundation. 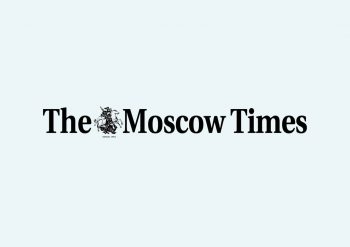 Though some experts had previously allowed for the prospect of demonstrations against another United Russia victory, especially one considered fraudulent, the quashing of the Navalny protests — which saw over 10,000 people arrested amid mass police violence — is likely to keep Putin opponents from taking to the streets.

“Russian society is in a state of political depression,” said Tatiana Stanovaya, founder of R.Politik, a political consultancy.

“All the initiative lies with the authorities.”

Even so, a bleak outlook for the opposition doesn’t mean the Kremlin can sleep easily.

Hoping to repeat the successful, foreign policy-heavy campaign that in 2016 delivered United Russia 54% of the vote and an overwhelming Duma majority, United Russia this year appointed foreign minister Sergei Lavrov and defence minister Sergei Shoygu, two of the country’s most popular political figures, as its lead candidates.

It was, according to R.Politik’s Stanovaya, the prelude to a campaign set to be dominated by themes of national security and geopolitics.

“Lukashenko has a compelling argument: Russia and Belarus have a common enemy in the west. Thus, you either support me or you eventually lose Belarus to the west,” said Dmitri Trenin, director of the Carnegie Moscow Center. Even so, the Ryanair incident may make Belarus a problematic ally for Russia, said Tatiana Stanovaya, founder of political consultancy R. Politik. “It’s one thing when you’re doing an integration project with a country that everyone else respects. It’s another thing where you’re embracing a state that nobody else recognises as legitimate.”
READ MORE

With support for United Russia at record lows, the government has launched a dramatic crackdown on dissent

The overriding goal of the president, say analysts, is to demonstrate that there can be no alternative to his leadership. Last year, Putin changed the constitution to allow him to extend his rule potentially until 2036, though he has not said whether he plans to run again. “Putin needs personal confirmation of his mandate and of the lack of alternatives to him. The election is another chance for him to convince himself that the people still support him,” says Tatiana Stanovaya, founder of political consultancy R. Politik. “He needs the elections to strengthen his place in the system and let the elite know that Putin is the only figure who can hold up the whole system and has a monopoly on deciding when to transfer power [and] who the successor will be,” Stanovaya adds.
READ MORE

The main point of the face-to-face for Putin, analysts said, is to express Moscow’s red lines while also reestablishing more typical dialogue with Washington after a tense first six months under the Biden administration.

“Maybe the most important thing is to make the relations more pragmatic,” said Tatiana Stanovaya, head of a think tank called R.Politik. “I don’t think the Kremlin is really counting on having some important progress during the summit, but much more important will be what happens after the summit. The Kremlin would like to create some mechanisms to interact.”

Even the veneer of electoral legitimacy now takes a back seat to full political control, according to Tatiana Stanovaya of the political consultancy R. Politik, who added that the Kremlin had taken a “strategic decision” to press ahead with online voting.

“The legitimacy of elections and this regime is not a problem any longer for this regime,” she said. “For Putin, his legitimacy comes from his achievements. For him, people must thank him by voting for him.”

Experts on Russian-Belarusian relations say Moscow’s muted reaction speaks to the Kremlin’s ambivalent view of Belarus’s longtime strongman president Alexander Lukashenko, who is at once a beleaguered ally increasingly dependent on Moscow’s goodwill, and a troublesome partner.

“I believe that Lukashenko acted alone, without Russian involvement” said Tatiana Stanovaya, founder of the R.Politik political consultancy, of the forced landing, which European Union officials have referred to as “state terrorism” and “air piracy.”

“However, Russia is Lukashenko’s geopolitical guarantor and will continue protecting him as it has no alternative.”